Studies have shown a correlation between offshore work and some cancer types. This project is a continuation of several previous studies from the Cancer Registry Norway (CRN) on cancer risk among offshore workers on the Norwegian continental shelf. This study also includes female workers who have rarely been addressed in previous studies.
Last updated: 1/11/2021

Exploration of oil and gas on the Norwegian continental shelf started in the middle of the 1960s, and the first oil was produced in 1971. The activity expanded rapidly throughout the 1970s and -80s, and by the end of 2016, 80 petroleum fields were in production.

Offshore petroleum work takes place under hostile conditions, which challenge the safety and the protection of workers' health. Carcinogens in raw oil, in additives, and in emissions may lead to with increased risk of long-term chronic diseases such as cancer.

Earlier studies among Norwegian offshore workers have shown that women, who constitute 10 percent of the workers, are at increased risk of cancer of all types taken together, involving leukaemia, malignant melanoma, and lung cancer.

We plan to assess the risk of respiratory cancer (lung and pleura) , specifically among men, according to occupational exposures with adjustment for smoking habits and work outside the offshore sector. Cancer of the urinary bladder is in excess among male offshore workers, and the study will explore the relationship between urinary tract carcinogens and the risk of bladder cancer and kidney cancer.

The primary objective of the project is to describe the risk of cancer among Norwegian offshore petroleum workers through the time period 1999-2017, and clarify whether cancer incidence in the group is linked to exposures that have occurred in the offshore working environment.

The survey-based cohort was established by the CRN and designed for use in prospective studies of cancer in offshore workers. Invitations with questionnaires were distributed to the home adresses according to lists provided by production and contractor companies, schools, registries and archives, which all had a link to offshore activity. Individuals reporting offshore work constitute the 28 000 members of the CRN Offshore Cohort.

Cancer incidence data at the CRN will be linked with the data reported on the questionnaires. This includes detailed work history offshore with dates of start and stop for up to eight employment periods, as well as work outside the offshore industry, and some basic lifestyle factors (smoking, alcohol consumption, anthropometry, and diet). Information relevant for exposure assessment is derived from the questionnaires, such as occupational group, type of employer, calendar period of employment, and duration of employment.

Analyses that compare cancer incidence in the study group with that of the Norwegian population will be performed for the full cohort and subgroups. Expected numbers of cases are based on person-years by age, sex and period of observation multiplied with corresponding background rates for the general population.

All publications from the Cancer Registry's offshore studies

In December 2017 the project recieved a grant of 13.40 mill NOK from the Research Council of Norway. Read more on the programme homepage.

Two Phd-candidates started working with in the project in Q1 2019. 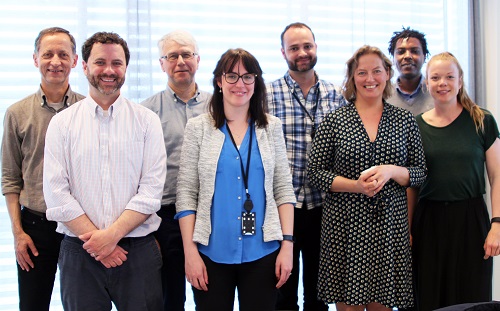 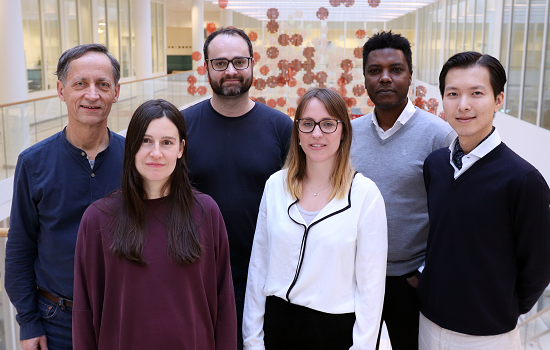 REC: The project is approved by the Ethical Committes, project no:  S-05197

Fundring: The project is funded by the Research Council of Norways programme PETROMAKS2 .