It is well known that some of the chemical components in petroleum and its derivates can be carcinogenic. The purpose of these studies is to study the incidence of cancer among Norwegian offshore workers and to study possible relationships between exposure from the working environment and cancer risk.
Last updated: 5/9/2021

Studies have shown a correlation between offshore work and some cancer types. This project is a continuation of several previous studies from the Cancer Registry Norway (CRN) on cancer risk among offshore workers on the Norwegian continental shelf. This study also includes female workers who have rarely been addressed in previous studies.

There are several ongoing research sub-projects at the Cancer Registry of Norway (CRN) that will investigate cancer risk among offshore workers. This project will look into recent benzene exposure offshore in relation to risk of different cancers.

During the last decades, working environment and potential health hazards in the oil industry have received more attention. The Government has stated in reports to the Norwegian Parliament, that they want Norway to be a world leader in health safety and environment (HSE) standards in petroleum activities. As the industry is constantly developing, and with greater attention to HSE, there has been a need for exposure-related cancer studies from recent years, including data after 1998. Thus, with broad support from the industry, unions and regulators, the CRN started in 2019 to plan a new project. In this project, the plan is to use data from helicopter transport to offshore platforms, to identify individuals who have been offshore in the period from the 1980s until today. This cohort is called the "Heliport-cohort". The Heliport cohort will be a unique database that will provide an updated and almost complete overview of the employee group at offshore installations – and hence a high-quality monitoring tool for studies of benzene exposure and cancer risk from, and potentially other exposures and health outcomes, depending on formal authorization from regulatory agencies. 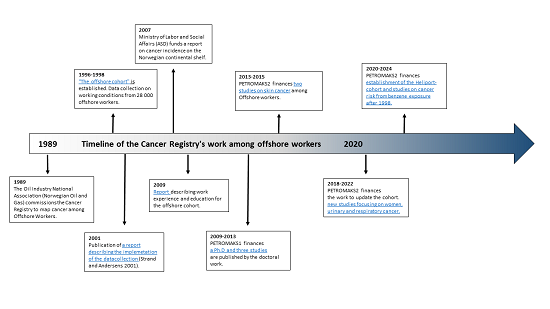 All publications from the Cancer Registry's offshore studies 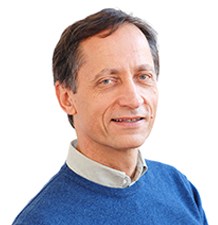 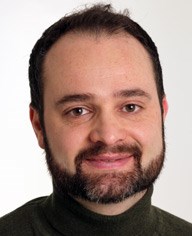