More than 200 participants from 13 countries were present at an international conference on mammographic screening in Oslo, January 31st. A panel of 7 researchers presented results both in favor and disfavor of screening. An important issue was how many women are saved from breast cancer death versus how many women are overdiagnosed and hence receive unnecessary treatment.

The most moderate effect of mammographic screening on mortality was from a study by Dr. Kalager, presented by Dr. Bretthauer. This study has analysed mortality reduction among women invited to screening, and has substantially shorter follow-up period than the majority of the scientific panel believe is necessary.

The independent review panel from the UK, represented by Professor Simon G. Thompson, concluded with an estimate somewhat between Kalager and Broeders; 20 % reduction in breast cancer mortality among invited versus non-invited. Their estimates are based on randomized controlled trials of mammographic screening. Several studies have found the effect of being invited to screening to be about 10 % lower than the effect of attending screening.

Overdiagnosis is defined as cancers that would not have been detected during a woman’s life time had she not been invited to or attended a screening programme. Analyses from EUROSCREEN suggest that overdiagnosis is about 10 % or less, with an average of 7 %, while the UK panel has estimated it to be between 11 and 20 %.

Dr. Zahl from the Norwegian Institute of Public Health was the only researcher presenting results based on trend studies. His estimate of overdiagnosis was considerably higher than what the other two groups presented. Several participants, including Dr. Sue Moss, UK, commented on the challenges with trend studies, and why such studies may not be suitable for estimating overdiagnosis.

Women who are recalled for further assessment after a screening test may experience temporary anxiety and concern. Dr. Hofvind from the Cancer Registry of Norway presented data from EUROSCREEN, showing that the average risk of having a needle biopsy that does not result in finding cancer cells, is 3 % during the 20 year period the women are invited to screening. It was pointed out that this is considerably lower than in the US. There is a fine balance between having a low number of additional tests and the risk of overlooking cancers.


Still not full agreement on benefit versus harm

The UK independent panel found, based on the randomized controlled trials, that the rate is 3 to 1, that is, for every woman`s life saved, three women will be diagnosed with a cancer that probably would not have been diagnosed if it was not for the screening.

During the closing panel discussion it became clear that the majority of scientists believe that the positive effects of organized breast cancer screening outweigh the harms. There was somewhat more disagreement on which age groups should be invited to screening. No one wanted to state an upper age limit, but all panel members pointed out that women above the age of 70 should have the opportunity to have a mammogram if they so wish. 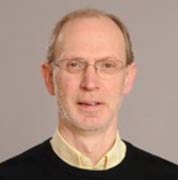 Dr. Mireille Broeders (NL) has evaluated the effect of organized breast cancer screening programmes in Europe together with other researchers in the EUROSCREEN group.