Home •
General About the Cancer RegistryNewsPublications
News Less cancer among immigrants in Norway Flexible Parametric Survival ModelsReconstructing web page30 401 new cancer cases reported in Norway in 201330 099 new cancer cases reported in Norway in 2012Annual report from the Norwegian Cervical Cancer Screening Programme 2012Cancer in Norway 2011The Norwegian Breast Cancer Screening Programme saves more than 100 lives per yearExperts on breast cancer screening gather in Oslo January 31, 2013Cancer in Norway 2010Differences in relative survival across 19 counties in NorwayHormone Replacement Treatment and mammography may explain raise in breast cancer in NorwayARCAGE a follow-up studyMore and more get cancer, and more surviveIncreased respiratory cancer risk among Canadian electrolysis workersNORDCAN- A Source of Nordic Cancer StatisticsSummary: Secondary screening using HPV tests in cervical cancer screening HPV test: Effective in the prevention of cervical cancer18 year age limit in solariums introduced in Norway‘Never married’ men still more likely to die from cancerCancer in Norway 2009New study on survival after ovarian cancer Still Danger of Asbestos Related Cancer among Navy Personnel, Despite RemovalMalignant Brain Tumors in AdultsModerate Risk of Incidence and Death due to Cancer Among Earlier Military Servicemen in the NavyDignified Termination of Duty for Director Frøydis LangmarkCancer survival: Norway in the Middle Cancer Statistics for 2009 will be published in June 2011Rune Kvåle has taken his Ph.D on prostate cancerGiske Ursin - New Director of the Cancer Registry of NorwayGood quality of long-term stored samples in the Janus Serum BankCancer in Norway 2008Both too much and too little treatment of prostate cancerCancer in children does not increase divorce rateNot possible to tie cancer cases to Sola RefineryNordICC study launched Will present study results at SolaDifferences in cancer incidence between occupational groupsAs much skin cancer as everAchieve important goals in life despite a cancer diagnosisPatterns and trends in cancer survivalStatus for the Cancer Registry’s survey of cancer incidence in Sørvær and Hasvik communitiesThe Registry examines cancer cases near Sørvær- Surgery should be offered to more lung cancer patientsTwo genes protective agains aerodigestive cancersElisabete Weiderpass elected new director of IARCDobbelgevinst av sunt kosthold; Mindre kreft og mindre hjerte/kar-sykdomCancer in Norway 2017: Trends and challengesEr vi forbi lungekrefttoppen blant kvinner?
Less cancer among immigrants in Norway

Less cancer among immigrants in Norway

Less cancer among immigrants Immigrants in Norway have lower cancer incidence than the general population - with a few exceptions. Men from Eastern Europe are more frequently diagnosed with lung cancer than Norwegian men, and some immigrant groups are at higher risk of stomach cancer and liver cancer than the rest of the Norwegian population. 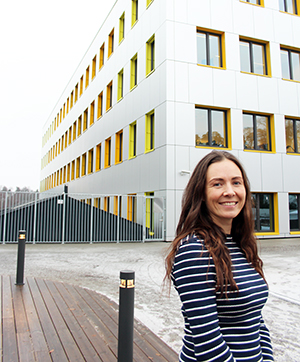 - We see great differences in cancer incidence, especially when we compare immigrants from low income regions with the general population. Largely, the disparities are in the immigrants' favor. In particular, immigrants are protected from typical lifestyle-related cancers, such as colon cancer and lung cancer, says researcher at the Cancer Registry of Norway, Kirsti Vik Hjerkind.

One likely explanation is the western diet, with its growing share of fat, sugar, alcohol, red meat and salty, processed meat. Many immigrants, on the other hand, probably continue habits with a more plant-based diet from home.

Many also drink less alcohol and smoke less than is typical in the West.

More cancer of the lung and liver

For most cancers and ethnic groups, it is a common feature that the cancer incidence is lower than among Norwegians.

However, two exceptions stand out; Eastern European men are far more susceptible to lung cancer than the general population, and for some groups of immigrants from low-income countries, the incidence of liver cancer and stomach cancer is particularly high.

- Lung cancer is mainly caused by smoking, and we know that many Eastern European men smoke, both at home and after they have moved. Since many of the East Europeans who are here, are craftsmen and workers, the share of smokers in this immigration group might be particularly high, says Hjerkind.

The researchers point out that the high lung cancer incidence is a challenge, and that information and measures for smoking cessation should be organized specifically for this group.

Immigrants from parts of Asia and Africa have a higher risk of liver cancer than the general population. This is probably due to an hepatitis virus infection, which is prevalent in these areas.

The rates are nowhere near as high as lung cancer rates, but can be up to ten times higher than rates among the rest of the Norwegian population - the rate for men from East Asia is of 19.7 cases per 100,000, while the general population’s rate is 1.9.

- In total, we recorded a relatively low number of cancer cases, and this is a fairly rare type of cancer. Because of this, it is important that health professionals are aware of the symptoms and know that certain groups of immigrants have an increased risk, says Hjerkind.

This is the first time the incidence of cancer among immigrants in Norway is fully mapped. All cases of cancer among immigrants in the period 1990 to 2012 were recorded and compared with the incidence in the general population. This was done by connecting data from the Cancer Registry with information about geographical origin from Statistics Norway.

Researchers have looked at a number of cancers, and the population was divided into geographical groups, such as Eastern Europe, the Nordic countries, southern Asia, and the Middle East.

The results has been published as a study in the scientific journal International Journal of Cancer.

Giske Ursin from the Cancer Registry of Norway has led the study, along with researchers from the National Centre for migration and minority health (NAKMI), University of Oslo and the University of Southern California.

- Should be recorded routinely 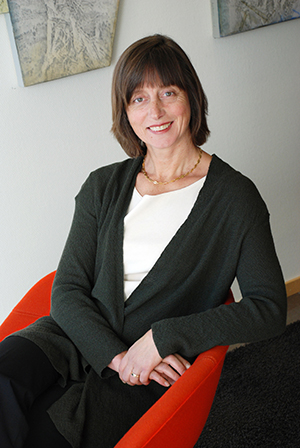 As a group, immigrants in Norway are complex, both in terms of country of origin and reasons why they are here - some have fled, others are economic migrants. A recurring feature, however, is that the immigration population in Norway still is fairly young.

- This will change over time, and we will get more elderly people among immigrants, as well as in the general population. As cancer becomes more common with age, we must also expect that cancer incidence among immigrants is going to increase in the years to come, says Giske Ursin, director of the Cancer Registry of Norway.

Ursin wants a routine recording of geographic background for those who get cancer, in order to make the health care system more equipped to facilitate better information, prevention and treatment for the various immigrant groups.

- At present, we are not allowed to do this, and therefore this mapping is done as a study, with the special permits that it requires. However, we believe that a person's region of origin is an essential piece of information in a cancer registry such as the Norwegian. We record gender and age, because we know that these are factors that are important for cancer risk - and the same goes for country of origin, she says.

As the proportion of immigrants is increasing, this may also mask the incidence of cancer in the general population.

- In Oslo, for example, we have seen a much anticipated reduction in the incidence of lung cancer among men in the recent years. But - how much of this decline is because men in Oslo have quit smoking, and how much is because Oslo has a particularly high proportion of immigrants who are not likely to smoke? Today, we can not know these things, says Ursin.

Ursin believes that everyone will win if information about geographical background is recorded in the Cancer Registry.

- Those who come here will benefit, because we can make initiatives specifically targeting their group, for example information about which parts of their lifestyle and diet they should try to retain as they otherwise adapt to a Norwegian lifestyle. And the rest of the population can learn even more about lifestyle factors that provide particularly good protection against cancer, she says.

Read more about the study

Ethnic differences in the incidence of cancer in Norway