Home •
General About the Cancer RegistryNewsPublications
News Cancer among immigrants in NorwayFlexible Parametric Survival ModelsReconstructing web page30 401 new cancer cases reported in Norway in 201330 099 new cancer cases reported in Norway in 2012Annual report from the Norwegian Cervical Cancer Screening Programme 2012Cancer in Norway 2011The Norwegian Breast Cancer Screening Programme saves more than 100 lives per yearExperts on breast cancer screening gather in Oslo January 31, 2013Cancer in Norway 2010Differences in relative survival across 19 counties in NorwayHormone Replacement Treatment and mammography may explain raise in breast cancer in NorwayARCAGE a follow-up studyMore and more get cancer, and more surviveIncreased respiratory cancer risk among Canadian electrolysis workersNORDCAN- A Source of Nordic Cancer StatisticsSummary: Secondary screening using HPV tests in cervical cancer screening HPV test: Effective in the prevention of cervical cancer18 year age limit in solariums introduced in Norway‘Never married’ men still more likely to die from cancerCancer in Norway 2009New study on survival after ovarian cancer Still Danger of Asbestos Related Cancer among Navy Personnel, Despite RemovalMalignant Brain Tumors in AdultsModerate Risk of Incidence and Death due to Cancer Among Earlier Military Servicemen in the NavyDignified Termination of Duty for Director Frøydis Langmark Cancer survival: Norway in the Middle Cancer Statistics for 2009 will be published in June 2011Rune Kvåle has taken his Ph.D on prostate cancerGiske Ursin - New Director of the Cancer Registry of NorwayGood quality of long-term stored samples in the Janus Serum BankCancer in Norway 2008Both too much and too little treatment of prostate cancerCancer in children does not increase divorce rateNot possible to tie cancer cases to Sola RefineryNordICC study launched Will present study results at SolaDifferences in cancer incidence between occupational groupsAs much skin cancer as everAchieve important goals in life despite a cancer diagnosisPatterns and trends in cancer survivalStatus for the Cancer Registry’s survey of cancer incidence in Sørvær and Hasvik communitiesThe Registry examines cancer cases near Sørvær- Surgery should be offered to more lung cancer patientsTwo genes protective agains aerodigestive cancersElisabete Weiderpass elected new director of IARCDobbelgevinst av sunt kosthold; Mindre kreft og mindre hjerte/kar-sykdomCancer in Norway 2017: Trends and challengesEr vi forbi lungekrefttoppen blant kvinner?
Cancer survival: Norway in the Middle

Cancer survival: Norway in the Middle

Norway lies in the middle regarding survival after being diagnosed with cancer of the lung, breast, ovaries, or of the colon and rectum. This is shown in a new study published in The Lancet where Tom Børge Johannesen is co-author.

Norway lies in the middle regarding survival after being diagnosed with cancer of the lung, breast, ovaries, or of the colon and rectum. This is shown in a new study published in The Lancet where Tom Børge Johannesen is co-author.

A review of survival statistics in six western countries during the years 1995-2007 shows that Australia, Canada and Sweden do best, Great Britain and Denmark do poorest and Norway ends up in the middle. More than 2.4 million cases of cancer, in total, were included in the study and of these 108 452 were Norwegian.

It is The International Benchmarking Partnership that stands behind the study, published in the recognized medical journal The Lancet.

The study shows that survival increased in the period 1995-2007 for all of the four types of cancer in all the participating countries. The international differences for breast cancer were less for all age groups in the measured period: Differences in one year survival sank from 9 to 5 per cent, while differences in five year survival sank from 14 to 8 per cent. No equivalent reduction was seen for the other three cancer types. Regarding colorectal cancer, one saw a reduction only in patients over 65 years old.

Survival rates are used, among other things, to asses how a country’s cancer strategies work. The study shows that the new cancer plans which Denmark and Norway introduced in 1999-2000 have, in total, not yet shown any marked effect on survival. “It is difficult to conclude in general. One has to look at the singular cancer types. For example, improvement has been seen in rectal cancer, even if this is not directly connected to the cancer plan,” says Bjørn Møller Head of the Department of Clinical- and Registry-based Research, Cancer Registry of Norway to ABC News.

Bjørn Møller points out that parts of the plan recommend monitoring and registering more information about the patient, regarding treatment, relapse etc. “ We have done a great deal of work at the Cancer Registry of Norway; we collaborate with the different medical institutions and have built up a useful experience around reporting cancer of the rectum. The result of these notifications is, among other things, that it shall be easier to compare different medical institutions and learn from those with best results, explains Møller. In the same way, if there are poor results one can look at what they are doing and assess if they should continue that type of surgery or hand it over to others. That is a part of the cancer plan which is successful,” Møller believes.

Such quality registries, f or the time being, are established only for colorectal and prostate cancer. “We are now working to establish quality registries for other cancers so that also those who treat breast- and lung cancer can report and learn from the hospitals that have the best results, says Møller to ABC News. 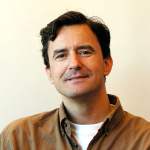 Tom Børge Johannesen at the Norwegian Cancer Registry is co-author in the study published in The Lancet in December 2010.