Home •
General About the Cancer RegistryNewsPublications
News Cancer among immigrants in NorwayFlexible Parametric Survival ModelsReconstructing web page30 401 new cancer cases reported in Norway in 201330 099 new cancer cases reported in Norway in 2012Annual report from the Norwegian Cervical Cancer Screening Programme 2012Cancer in Norway 2011The Norwegian Breast Cancer Screening Programme saves more than 100 lives per yearExperts on breast cancer screening gather in Oslo January 31, 2013Cancer in Norway 2010Differences in relative survival across 19 counties in NorwayHormone Replacement Treatment and mammography may explain raise in breast cancer in NorwayARCAGE a follow-up studyMore and more get cancer, and more surviveIncreased respiratory cancer risk among Canadian electrolysis workersNORDCAN- A Source of Nordic Cancer StatisticsSummary: Secondary screening using HPV tests in cervical cancer screening HPV test: Effective in the prevention of cervical cancer18 year age limit in solariums introduced in Norway‘Never married’ men still more likely to die from cancerCancer in Norway 2009New study on survival after ovarian cancer Still Danger of Asbestos Related Cancer among Navy Personnel, Despite RemovalMalignant Brain Tumors in AdultsModerate Risk of Incidence and Death due to Cancer Among Earlier Military Servicemen in the NavyDignified Termination of Duty for Director Frøydis LangmarkCancer survival: Norway in the Middle Cancer Statistics for 2009 will be published in June 2011Rune Kvåle has taken his Ph.D on prostate cancerGiske Ursin - New Director of the Cancer Registry of NorwayGood quality of long-term stored samples in the Janus Serum BankCancer in Norway 2008Both too much and too little treatment of prostate cancer Cancer in children does not increase divorce rate Not possible to tie cancer cases to Sola RefineryNordICC study launched Will present study results at SolaDifferences in cancer incidence between occupational groupsAs much skin cancer as everAchieve important goals in life despite a cancer diagnosisPatterns and trends in cancer survivalStatus for the Cancer Registry’s survey of cancer incidence in Sørvær and Hasvik communitiesThe Registry examines cancer cases near Sørvær- Surgery should be offered to more lung cancer patientsTwo genes protective agains aerodigestive cancersElisabete Weiderpass elected new director of IARCDobbelgevinst av sunt kosthold; Mindre kreft og mindre hjerte/kar-sykdomCancer in Norway 2017: Trends and challengesEr vi forbi lungekrefttoppen blant kvinner?
Cancer in children does not increase divorce rate

Cancer in children does not increase divorce rate

A new study at the Cancer Registry of Norway shows that the total divorce rate is the same for parents having or not having a child with cancer. Neither the child’s age, length of illness, nor the prognosis influences the possibility of divorce.

A new study at the Cancer Registry of Norway shows that the total divorce rate is the same for parents having or not having a child with cancer. Neither the child’s age, length of illness, nor the prognosis influences the possibility of divorce. 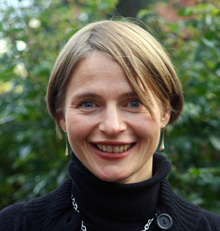 "Having a sick child is shown to increase parent’s stress and care burden. To which extent this also affects parental divorce rates is more uncertain. Few studies exist that have examined this type of data," says Astrid Syse, researcher at the Cancer Registry of Norway.

She has therefore completed a study that looks at the possibility of childhood cancer influencing parental divorce rate. The study is carried out in collaboration with Jon Håvard Loge at the Norwegian Radium Hospital and Torkild Hovde Lyngstad at the University of Oslo and paid for by the Norwegian Cancer Society.

None of the cancer types give a lower divorce rate

The divorce rate among 4590 couples who have a child with cancer is compared with the rate in couples who do not have a child with cancer. The couples were followed for twelve years on the average. None of the cancer types among children gave a reduced risk of divorce, however Wilms’ Tumour (a type of kidney cancer) gave a 52 percent increased risk of divorce.

A somewhat higher divorce rate is seen in couples where mothers have a higher level of education. For these pairs the divorce rate is increased by totally 16 per cent when a child has cancer. Divorce happens mainly in cases where the child is young, a short time after the diagnosis, where parents have lost a child in cancer, after brain cancer and Wilms’ tumour. A thought might be that mothers with higher education more than others will meet the challenges regarding combining a demanding job situation with the care of a sick child. However, this theory has to be supported by other studies.

This study thereby disproves some of the myths that exist among clitians and parents with chronically ill children; that these parents are especially vulnerable to experiencing a divorce.

However, the background for the finds that are made regarding Wilms’ tumour and mothers with a higher level of education must be examined closer with other types of study design and data.